Moving on up the Amazon Hot New Release chart!

What an exciting few days!

It was good enough to wake my husband up so he could read it too to make sure I wasn't hallucinating, anyway. :O)

Also I have 5 reviews now, and they all loved it! Could cry. Have cried.

What a lovely few days. Am working my backside off trying to tell as many people as possible on line without annoying them enough to want to kill me. Any suggestions on how to spread the word very welcome.

I can hardly believe it, but Knight & Play is now available to buy on Amazon!

Sales have already started, and there's a couple of lovely reviews appeared already - I'm officially over the moon. :O)

This is the first book i've ever had out there to be read by anyone who chooses to, and as one of my crit buddies said, it feels exactly  like running around without your undies on.
So, yes. This is me, running around without any knickers on, asking you to please head on over to Amazon to have a look and squee with me!


CLICK HERE TO SEE KNIGHT AND PLAY ON AMAZON
at 15:02 No comments:

Release date is approaching fast now, and I am officially terrified!

Self publishing is a roller coaster ride for sure, but I am very glad that so many people who've already experienced it are so giving with their advice via blogs, twitter, etc. There's so much info out there, it feels like a really wide circle of people holding hands across cyberspace.

My news for today - Knight & Play is due to be published on the last weekend in November, so please come by again soon for competitions and launch events!

Good morning everyone, i've been tagged by Sally Clements to continue The Next Big Thing Blog Stop Tour - thanks, Sally! I have two great authors to follow and find out about at the end of my post - please read on and check them out!

The idea of the blog stop is that we talk about our current or next release, so here goes...

What is the title of your latest book?

My debut book is an erotic romance called Knight & Play. It's about Sophie Black, a typical girl next door, whose world is turned upside down when she starts work as PA for the the anything but ordinary Lucien Knight.
Beautiful and damaged by his troubled past in Norway, Lucien is all grown up now and a self made man - with a string of adult clubs and stores to his name, he's the poster boy of the sex industry.
No-one penetrates the shell he's built around himself - no one until Sophie Black turns up with her own unique mix of innocence and sexy that rocks all of his long held beliefs to the core.
But there's a fly in the ointment. Sophie is married... and that's where the story really heats up.

Where did the idea come from for the book?

What genre does your book fall under?

Which actors would you choose to play the part of your characters in a movie rendition?

Well, Lucien is a big beautiful Viking and I am a huge True Blood fan, so I can well imagine Alexander Skarsgard in the role. As for Sophie... i'm not sure. She's blonde and soft, but I have never clearly pinned a celebrity identity on her.
Probably because I want it to be me, lol!

What is the one sentence synopsis of your book?

Woah, that's a hard one! Okay... Sophie's marriage is in crisis, but is an affair with super-sexy Lucien Knight really the way to save it?

Is your book self published or represented by an agency?

This one's self published.

How long did it take you to write the first draft?

I'm usually quite a slow writer as I revise as I go, but this one flew out of my fingers within around five weeks. I put that down to the fact that it's quite intensive, so demanded long unbroken writing sessions. Leaving a sex scene midway though is almost as bad as having the real thing interrupted, lol!

What other books would you compare the story to within your genre?


What else about your book might pique the reader's interest?

Aside from gorgeous Mr.Knight himself, Knight & Play is partly set in Norway, the land of beautiful alpine scenery and the stunning aurora borealis. Throw in an amazing lodge house, roaring fires, and lots of champagne. What's not to love?

To see what some of my other writer friends are doing, i'm tagging... 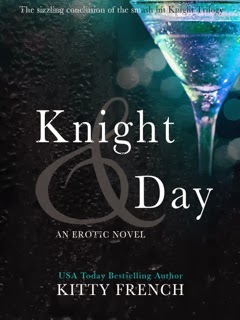 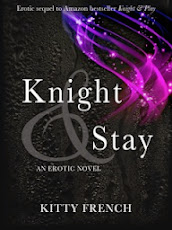 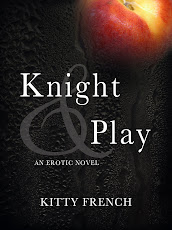